With connections between the UK and US via Iceland already a hot topic with Wow air expansion (see BTN last week), the country’s main carrier, Icelandair, is upping the stakes with more flights. 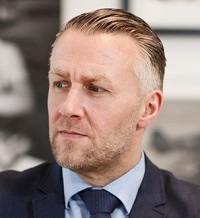 The first will link Reykjavik with Tampa, Florida, starting on Wednesday (6 September) with a schedule the company says has been designed so flights connect with those from four of the seven UK gateways it serves – Manchester, Glasgow, Heathrow and Gatwick.

The new year-round service will operate twice a week departing on Wednesdays and Sundays and returning on Thursdays and Mondays. It will be joined next May by a new Icelandair US gateway in the shape of Cleveland, Ohio.

The schedule will begin with four flights a week, making the city Icelandair’s 19th gateway in North America as the airline capitalises on its home country’s geographic position to offer some of the quickest transatlantic routes.