More onward connections between Iceland and the US are being opened up by WOW air as the carrier prepares to launch a new service between Stansted and Reykjavik next April and add four new American cities to its network. 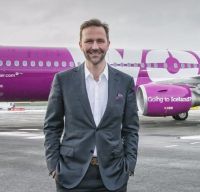 The company is adding the important business centres of Detroit, Cleveland, St Louis and Cincinnati to its growing portfolio, with inaugural flights by Airbus A321 planned between 25 April and 17 May.

CEO and founder Skúli Mogensen said: “We are proud of our growth over the past two years and will continue to work tirelessly to provide the lowest fares possible to connect the UK to North America.”

Stansted commercial director Martin Jones added: “We are delighted WOW air has chosen to come to Stansted and become the latest airline to join our growing base of carriers operating from the airport.

“Reykjavik is an important destination in its own right and the new flights have the added benefit of opening up the airline’s extensive North American route network from its Icelandic hub.”