Frustration at Britain’s apparent foot-dragging in the Brexit negotiations surfaced again last week after a confidential report from leading airports to the government warning of the consequences of delay was obtained and published by Sky News. 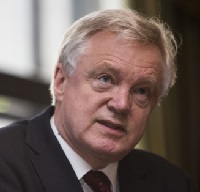 The broadcaster said the document warned growing uncertainty about an “open skies” deal between the UK and European Union countries ahead of Brexit risked triggering a “catastrophic slump” in British air travel.

The report, submitted to the government by Gatwick, Heathrow, London City, Manchester and Stansted airports, urged the EU and the UK to target October next year as the deadline for an interim aviation arrangement, Sky added.

Sky News said an early agreement between the UK and EU was an industry priority given added urgency by the fact that the sector was not subject to a World Trade Organisation (WTO) framework.

This meant without a deal Britain faced seeing flights grounded, with the most pessimistic scenario forecasting that between March 2018 and March 2019 there could be a 41% fall in passenger demand across Britain's biggest airports.

This equated to 8.1m bookings, or 16.2m journeys, between the UK and EU countries, while the document was also said to highlight the risk of a 20.6% decline in aircraft movements – or 297,000 flights – and a 3.8% fall in freight traffic.