Talks aimed at ending the long-running strike by mixed-fleet cabin crew at British Airways could be on the horizon this week after the Unite union proposed a “pause for peace”. 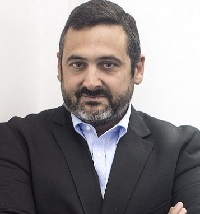 The current stoppage is scheduled to end on Wednesday, 30 August, and Unite has not so far issued any notice for more walkouts. BA has consistently refused to meet the union while the strikes continue but is thought likely to do so now.

The development came in a letter to BA chief executive Alex Cruz from union leader Len McCluskey. The Unite boss said no further notice for action had been issued in order to create a “pause for peace” with a view to securing a mutually accepted resolution.

McCluskey added: “Given the nature and length of the dispute, I am more than willing to involve myself in any future talks with you and would ask that the company looks at a number of dates from 31 August onwards.”

BA said: “If Unite’s position remains that the current strike will continue until 30 August, then we will discuss arrangements to meet when it is over.”