Services on the KLM Cityhopper network, which includes flights to and from 17 UK points including London City, Heathrow, Edinburgh, Glasgow and Manchester, have now been joined by the airline’s 40th Embraer.

The twinjet, an E175, arrived at Schiphol flying the KLC flag and made its first commercial journey two days later. It is the 10th E175 to join the fleet of KLM’s regional airline subsidiary, which also operates the E190.

KLC officials described the arrival as another important step in the carrier’s fleet renewal programme, which will see the last of nine Fokker 70s phased out by end-October to leave an all-Embraer line-up.

The airline, which is already Europe’s biggest Embraer operator, announced in June it had ordered two more E190s, while the next E175 is expected to arrive in November.

Features of the Cityhopper service include free drinks and refreshments on all scheduled flights, with Business Class passengers offered continental breakfast boxes, sandwiches and dinner salads together with a bar service. Economy passengers are offered sandwiches or a drink and free snack depending on the time of day and duration of the flight. 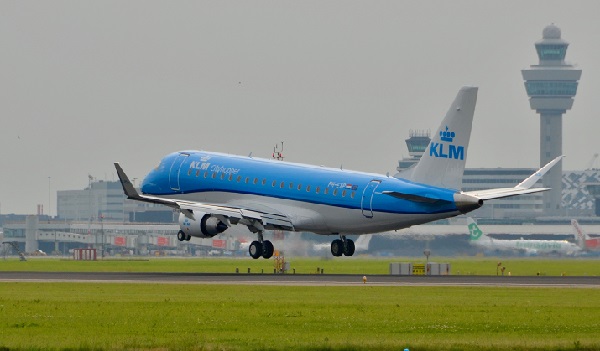