The sale of alcohol at airports was defended last week after a BBC Panorama investigation reported the number of air passengers arrested for drunken misbehaviour on flights and before boarding had risen by 50% in the past year. 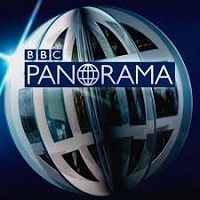 The programme said the government was being urged to impose the same licensing laws on the aviation industry as pubs and nightclubs after cabin crew described being groped, verbally abused and physically assaulted by drunken passengers.

Flight staff were reported as complaining that the voluntary alcohol sales code adopted by airlines and airports 12 months ago was failing to foster responsible drinking and should be scrapped.

Ryanair stepped into the debate by urging a curb on sales of alcohol at the point of boarding aircraft but the Airport Operators Association (AOA) hit back at the suggestion.

Chief executive Karen Dee said she did not accept airports sold alcohol irresponsibly. “The sale of alcohol per se is not a problem,” she added. “It’s the misuse of it and drinking to excess and then behaving badly.”

Panorama said it found 387 arrests for drunkenness in airports or on aircraft in the 12 months to February, compared with 255 in the previous year.

Can we please keep it serious here? So, not implying that airlines are to blame if these have a delay?

387 arrests out of 284 million passengers puts this into context. As ever in modern day Britain, the solution is to punish the innocent by talking of stopping alcohol sales to everyone and not just the miscreants. That said, steps need to be taken to prevent drunks getting past the gate and airlines should pursue all people who verbally or physically abuse their crews. There was a system years ago where passports were endorsed when one airline refused to carry a passenger and this was backd up by other carriers.

If airlines kept closer to their scheduled departures, they might find fewer passengers who'd taken advantage of the delay to enjoy the bar at gate side.