APG UK, the London-based office of the APG Network, the world's largest airline representation company, has been appointed GSA for the privately-owned flag carrier of Georgia, Georgian Airways. 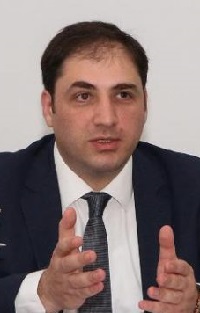 Under the agreement, APG will be providing full sales and marketing services as well call centre facilities in the UK. It follows Georgian Airways' launch in June of twice-weekly non-stop service between Gatwick and its base in Tbilisi, marking the first flights on the route since British Airways pulled out in 2013.

The occasion was marked by the presence at the launch of the first flight of the prime minister of Georgia, Giorgi Kvirikashvili, and British ambassador Justin McKenzie Smith with the airline’s general director Givi Davitashvili.

Frequency on the route has now been increased to three a week which the airline says is due to demand after Georgia recorded a 26% increase in British visitors in the first quarter of this year.

BA acquired the route with the takeover of British Midland, which in turn had taken it over from British Mediterranean. Georgian is now operating on Mondays, Wednesdays and Saturdays using an Embraer 190 with nine Business Class seats and 88 Economy.