A seventh Bombardier CS300 has been welcomed to the fleet of the Latvian flag carrier airBaltic, the latest of a total order of 20 aircraft placed by the company, which says it expects to operate eight CS300s by the end of the year. 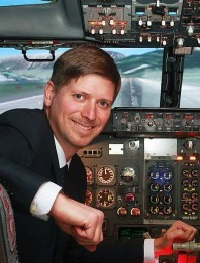 The flight time for the seventh aircraft for the 6,382km (mi) journey from Montreal-Mirabel Airport to Riga was 7hr 13min. AirBaltic has now carried more than 300,000 passengers on the CS300, with every fourth passenger flying the aircraft.

Senior vice-president Pauls Calitis said the airline had completed more than 2,613 scheduled flights and flown over 6,751 block hours with the CS300 and planned to operate 20 by the end of 2019.

The aircraft currently operates on routes between Riga and London, Amsterdam, Barcelona, Rome, Paris and Tbilisi, among others, with airBaltic planning on becoming an all-Bombardier operator by 2021, with one of Europe’s youngest jet fleets. It has also revealed its new first destinations for summer 2018, with Malaga, Lisbon, Split, Bordeaux and Gdansk added to the route map and more to follow. The new season starts on 27 March.

Calitis said the CS300, with a total of 145 seats in a two-class configuration, offered “an excellent flying experience” with passenger benefits including wider seats, larger windows and more hand-luggage space in the cabin, as well as a low noise footprint.