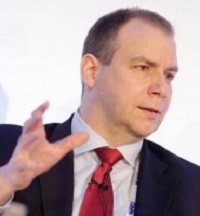 Air Dolomiti already has a strong existing relationship with bmi regional, working as its Italian general sales agent with a view to growing the UK airline’s presence in the Italian market.

The new codeshare routes are the next step in bmi regional’s ongoing network development from its Munich hub. It has extended frequencies over the past six months on several existing routes and launched a new route to Lublin in Poland.

In November, bmi regional will also be launching a new route between Munich and Saarbrücken in the west of Germany, a short 1hr hop that will be operated twice daily on weekdays, and once daily on Saturdays and Sundays.

Chief commercial officer Jochen Schnadt said: “The extension of our relationship with Air Dolomiti to include codeshare cooperation is a logical next step for us. The new routes also allow passengers from our existing markets to enjoy convenient connections to some of Italy’s most exciting locations.”