A simmering financial crisis at South African Airways took a new turn last week after the state-owned carrier said it needed a government loan of 13bn rand (£750m) for operating costs and to meet debt repayments to stay in business. 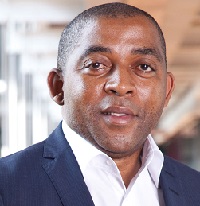 In a new plan submitted by SAA to the South African parliament’s finance committee, the airline said it believed it can return to profit by 2019. Finance minister Gigaba Malusi is expected to make a statement in October.

The government has said that a recovery plan must be "aggressively" pursued, while opposition finance spokesman Alf Lees has said the airline should file for bankruptcy.

Meanwhile, SAA has finally appointed a chief executive, Vuyani Jarana. He replaces a string of acting CEOs who have run the company since 2014, with the government saying his arrival will help the new turnaround strategy to save the company.

Last week’s crisis emerged after a run of positive news from SAA including the launch in June of its new Airbus A330-300 on the route between Washington Dulles and Accra.

The service complements the existing Washington Dulles – Dakar route also operated by the A330-300, which features SAA’s new luxury Premium Business Class product with enhanced privacy and direct aisle access at every seat.