Just in case you thought female commercial airline pilots were a new phenomenon, Yvonne Kershaw, the first British woman to captain a jumbo jet, has just hung up her wings after 27 years flying Boeing 747s for Virgin Atlantic.

Her final commercial flight was from Cancun to Gatwick.

She said: "It has been a privilege to fly the flag for female captains. I've been humbled to act as a role model for young aspiring female pilots. After being in the driving seat of the world's most iconic plane for years it will be an odd feeling to be a backseat pilot."

About 4% of UK pilots are female, although Virgin Atlantic says 30% of its pilot cadets now are women. 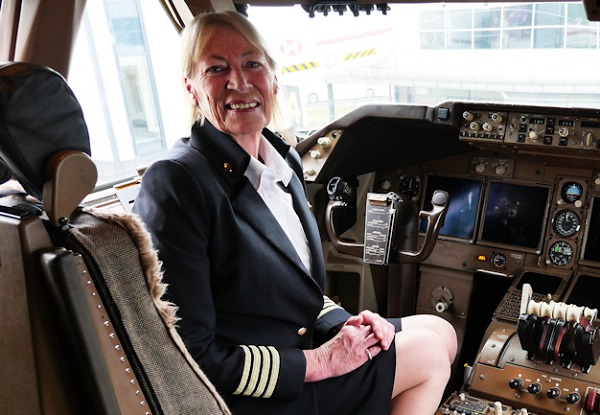 Congrats to Yvonne for all those flying hours. Wish I had known about her when I was 18, I really wanted to be a pilot, but my Mum talked me out of it so I gave up dreaming of it & went into engineering. Oh how I wish I had been more stubborn!I still love flying and traveling, but my working career has been very much on the ground.