A key objective in a 15-year recovery programme launched by Aeroflot in 2010 has been achieved ahead of schedule according to new figures, with the airline regaining a place among the world’s top 20 leading carriers by passenger traffic. 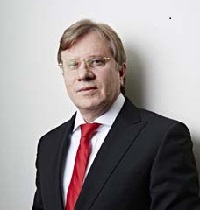 The SkyTeam alliance member has returned to the group for the first time in nearly 30 years, with data compiled by  Flight Global putting it in 18th place in 2016 among global carriers in terms of passengers carried during the year.

In addition, the group was ranked 20th in the world in terms of traffic as measured by revenue passenger kilometres.

In its analysis of the ranking, the magazine underscored the breakthrough character of Aeroflot’s achievement amid a challenging backdrop, noting the airline had turned a net loss of Rb6.5bn (about £82.7m) in 2015 to a profit of Rb38.8bn last year.

Aeroflot CEO Vitaly Saveliev said: “Aeroflot is officially back among the global passenger airline elite. After nearly 30 years, we have regained our position as one of the strongest players in our sector globally.

“This is a reason to be proud and strengthens Russia’s status as a great aviation power, a key priority for us as the nation’s flag carrier.”