JAL signs on with Vietjet

A significant formal partnership agreement with the aim of improving customer convenience and the quality of a wide range of operations and services while enhancing the corporate value of both companies has been signed by Japan Airlines (JAL) and Vietjet.

The two airlines have held talks on expanding their networks in response to travel needs of people in neighbouring Asian countries next to Vietnam and growing demand for air travel between Japan and Vietnam.

Vietjet, the first privately owned airline in its home country, started flight services in 2011, and now operates an expanding network all over Vietnam and Asia. Features include a premium class service called SkyBoss.

They say they will now explore further opportunities to develop cooperation in various areas, including a frequent flier partnership, aircraft operations and maintenance and ground handling services and training. 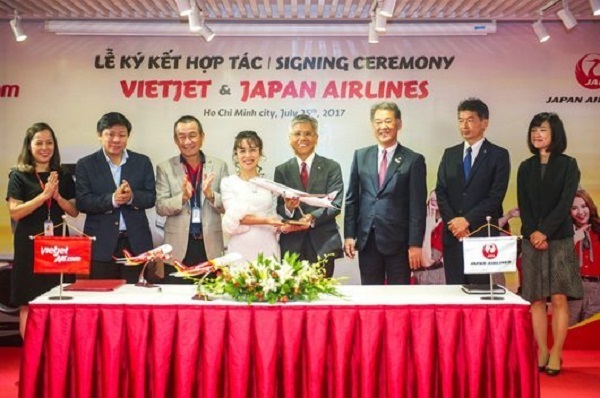