As London City Airport (LCY) approaches its 30th birthday in November, one of the operations that played a part in its development launched celebrations for an anniversary of its own last week.

The Docklands Light Railway, which helped to kick-start the regeneration of the London Thameside area of which the airport is a part, is also marking 30 years of service after its opening by the Queen in summer 1987.

The railway, which began with just 11 single-carriage trains serving 15 stations, has issued a travel guide, “30 things to do by DLR”, and an easier-to-read line map as part of its birthday celebration.

It has continued to grow and now carries 122m passengers a year, compared with 6.7m in its first year, encompassing 45 stations with 56 mainly three-carriage trains on more than 23.5 miles (38km) of track.

LCY CEO Declan Collier said: “The DLR seamlessly connected the airport to London. It transformed LCY’s passenger proposition, made us accessible to established and emerging parts of the city, and now 61% of our passengers use it.

“It's fitting the DLR and the airport both celebrate their 30th anniversaries this year, as they are two businesses that have played a crucial role in regenerating and better connecting East London."

• The LCY anniversary is being commemorated with a souvenir book,  London City Airport – 30 Years Serving the Capital, written by BTN editor-in-chief Malcolm Ginsberg and published on 5 November. 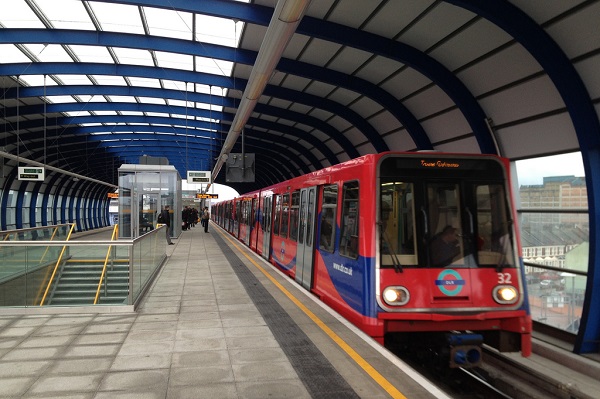