Air traffic control operator NATS (En Route) Plc, known as NERL, has been cleared by a CAA investigation into complaints from Ryanair and Stansted Airport that it breached its air traffic services licence and the Transport Act 2000. 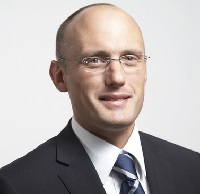 The complainants alleged NERL had failed to meet demand for services to airlines by failing to provide adequate resources to manage the performance in the London Terminal Manoeuvring Area (LTMA) and had discriminated against traffic landing at the airport.

Using its investigatory powers for the first time under section 34 of the Transport Act 2000, the CAA concluded no compliance breach had been found, but said it had “identified areas for improvement”.

“We seek a number of improvements to NERL’s business practices, which include improving the resilience of its operations and contingency planning,” the authority said. We will also increase our own oversight of NERL to address resilience issues.”

CAA director of consumers and markets Richard Moriarty said: “This is the first time the CAA used its investigatory powers under the Transport Act 2000 and highlights the potential seriousness of the complaint raised.

“Our investigation found no compliance breach; however, improvements to operational resilience are key to ensuring service delivery levels are maintained in our increasingly busy airspace.”