Control of Virgin Atlantic changed hands last week after the carrier, the Air France-KLM Group and Delta Air Lines said they were expanding their strategic partnership in a move widely seen as an attempt to beat off increasing competition. 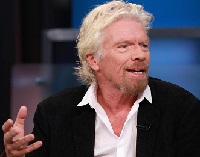 The partners say the long-term joint venture, planned to run for at least 15 years, will offer what they called “the most comprehensive transatlantic route network”, with convenient flight schedules, competitive fares and reciprocal frequent-flyer benefits.

Air France-KLM said “in order to support the success” of the new  combined partnership, the group was acquiring a 31% stake in Virgin Atlantic – currently held by Virgin Group – for £220m.

Virgin Group will retain a 20% stake and the chairmanship, currently held by Sir Richard Branson, while Delta will retain its 49% stake in Virgin Atlantic. Virgin Atlantic would stay a UK independent UK airline and continue to fly under the Virgin brand.

Describing the moves as “deepening a long-standing and industry-leading partnership”, Delta in turn is investing €375m to acquire 10% of the equity of Air France-KLM Group and a seat on the group’s board of directors.

The partners said the venture would become the airline partnership of choice for customers, offering more than 300 daily non-stop transatlantic flights and increasing access across key business markets.