Saudi Arabia’s King Khalid International Airport last week became the last of ten to be exempted from the laptop ban on US-bound flights from the Middle East and North Africa. 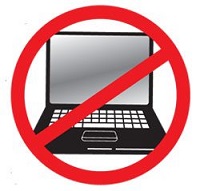 Lifting of the ban was announced by the US Department of Homeland Security (DHS), while Saudi Arabian Airlines confirmed on its website its two hub airports serving the US had received DHS clearance.

The US government in March barred all electronic devices larger than mobile phones in cabins on flights from the ten airports amid concerns explosives could be hidden inside them. Such devices have been allowed only in checked luggage.

Over the past three weeks US officials have progressively lifted the ban after visiting the airports affected in the region to confirm new security measures announced were being properly implemented.

A travel ban on citizens of six Muslim-majority countries – Iran, Libya, Somalia, Sudan, Syria and Yemen – remains but has been challenged in US courts.

Silly President Trump for trying to keep America safe! By the way, what is the state of the UK laptop ban?