Further expansion in the Irish market from 29 October was announced by Air France KLM last week with the member airlines set to operate five daily flights on the Dublin – Amsterdam route and four daily flights on Dublin – Paris. 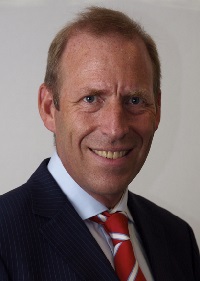 KLM launched Dublin – Amsterdam last November with two daily flights, increasing to four daily in March. A fifth frequency was then added for the summer period. The five daily services have now been confirmed for the winter.

Air France KLM said as a result of the upgrade to a Boeing B737 for two rotations, there will be a 161% capacity increase on KLM Dublin – Amsterdam compared with last winter. The other three rotations will be by 100-passenger Embraer 190.

From 29 October, Air France will operate its own aircraft on Dublin – Paris. This is currently operated by codeshare partner CityJet but two of the four daily flights for the winter season will be operated by Air France using an A318, one by Hop with an Embraer 190 and one by CityJet, using an Avroliner AR8.

Warner Rootliep, general manager Air France KLM UK and Ireland, said: “I am delighted to announce further expansion in the Irish market. Both Air France and KLM will now have a presence at Dublin.”

I flew CityJet last year with an Air France codeshare. Foolishly I thought this would get me Delta Sky Miles since Air France flights qualify for Sky Miles. Silly me. Because it was a codeshare, I didn't get the points.