After weeks of speculation and as easyJet prepares to form a European airline in the aftermath of the Brexit vote, the carrier’s chief executive Carolyn McCall was said yesterday to be virtually certain to become the next head of ITV. 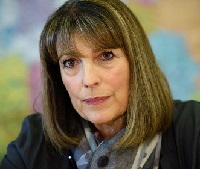 Among weekend coverage of the story, Sky News said it expected an announcement this morning, Monday, when easyJet would begin a search among internal and external candidates to replace McCall, who has been at the airline for seven years.

Much of the coverage focused on McCall’s record at easyJet, where she has presided over a trebling of its share price and transformation of its customer service and brand.

She was named Veuve Clicquot  Business Woman of the Year in April 2008, and that same year appointed Officer of the Order of the British Empire (OBE) in the Birthday Honours for services to women in business.

EasyJet said last week it was close to receiving an air operator certificate and airline operating licence in Austria to allow it to continue flying in the European Union in case of problems with Brexit.

The carrier applied to the Austrian authorities some months ago and said last week the accreditation process was now “well advanced” and easyJet hoped to receive the AOC and licence in the near future.

The airline said: “These will allow easyJet to establish a new airline, easyJet Europe, which will be headquartered in Vienna and will enable easyJet to continue to operate flights both across Europe and domestically within European countries after the UK has left the EU.”

A wee Ayrshire lass does good