Rail links to Heathrow are to be increased within the next two years under plans which include the addition of two new Elizabeth Line trains an hour serving Terminal 5 from December 2019. 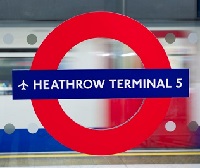 Under the plan, agreed between Heathrow, Transport for London (TfL) and the Department for Transport, services to the airport will increase from the present 18 trains an hour to at least 22 in 2019, of which six will be on the Elizabeth Line.

A train will depart central London for Heathrow on average every 2.5min with journey times from Bond Street of 27min, Liverpool Street 35min and Canary Wharf 39 min. A study is also under way into developing western rail access.

Other plans foresee an interchange at Old Oak Common to connect High Speed 2 to Heathrow via the Elizabeth Line in less than 20min from 2026, while four Heathrow Express services from Paddington will continue to run every 15min.

From next May, new ticket readers at Heathrow will mean passengers using Heathrow Express and TfL Rail between Paddington and the airport will be able to use pay-as-you-go Oyster or a contactless device.