Britain’s new aviation minister, Lord Callanan, who was appointed last month to succeed Lord Ahmad, is to deliver the keynote speech at this year’s Aviation Reception in the Terrace Pavilion in the House of Commons tomorrow, 11 July. 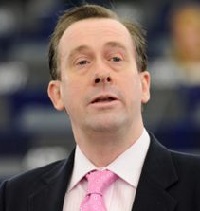 The event is organised by Airlines UK and supported by ABTA, AOA, BAR-UK, IATA and Sustainable Aviation. All of them can take heart from remarks for which Lord Callanan is already on record.

His first speech to the industry following his appointment was when he spoke to ABTA’s Travel Matters conference shortly after the general election and just as the UK was beginning formal Brexit negotiations with the rest of the EU.

On that occasion, he said it was a “real privilege” to have been asked to serve in his new role “at such an important time for Britain’s aviation and travel industries” and, he added, he wanted to make something clear right at the outset.

“Amid all the change and inevitable uncertainty of the moment, one thing isn’t going to change,” he said. “This government will remain a pro-aviation, pro-travel government.”

• Secretary of State for Transport remains Chris Grayling who is speaking at the Aviation Club on Wednesday (12 July), where tickets are still available. Lord (Martin) Callanan, a former MEP, was appointed Parliamentary Under Secretary of State for the Department for Transport on 14 June 2017.  He succeeds Lord Ahmad who has been appointed Minister of State at the Foreign and Commonwealth Office.