A management contract for a new luxury hotel and branded residences to be developed in Melbourne has been signed by the Mandarin Oriental Hotel Group. It is the company’s first announced property in Australia.

The complex will be located on Collins Street in a landmark mixed-use 185m (607ft) white tower which forms part of the ongoing regeneration of the Central Business District, which also includes the legal district.

The building was designed by the late award-winning architect, Dame Zaha Hadid and will feature 196 guestrooms and suites designed to reflect local culture, together with features inspired by Mandarin Oriental’s oriental heritage.

Other highlights include an all-day-dining restaurant and a rooftop bar, a range of meeting spaces and an executive club lounge, plus a fitness centre and indoor swimming pool.

The project is being developed by Melbourne-based property developer Landream. Mandarin’s move is seen as a business coup for the company in acquiring a business foothold in Australia ahead of other luxury groups such as the Peninsula Group and Aman Resorts. The Asian-controlled hotel group, part of Jardine Matheson, operates 29 hotels around the world. 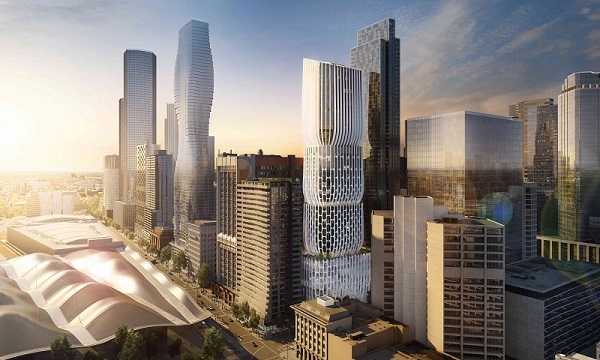