In the same week new security measures were announced for US-bound flights, the US Supreme Court partially restored President Trump’s travel ban on visitors from certain parts of the world. The measure had been blocked by some lower courts since the beginning of the year. 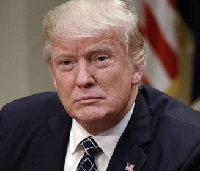 Under the president’s executive order, travellers from six mainly Muslim countries and all refugees must have “close” family ties or business connections in the US to qualify for a new visa.

Amid concern over the impact on business travel, the new rules apply to people from Iran, Libya, Syria, Somalia, Sudan and Yemen.

They came into force on Friday and will apply for the next 90 days, with the Supreme Court saying it will make a final ruling on the ban in October.

Travellers from the six listed countries and all refugees will qualify for new visas only if they have a parent, spouse, child, son or daughter-in-law or sibling – including step- or half-siblings – already living in the US.

According to some reports, those with only grandparents, aunts, uncles, nieces, nephews, in-laws or extended family and grandchildren will not qualify. Dual nationals who travel on passports from unaffected countries will be allowed entry, as will those who can prove they have a genuine business relationship in the US.