Heathrow Express is celebrating carrying 100m passengers since opening in 1998,  writes Andrew Sharp. Celebrations include a quirky photographic pop-up exhibition in Paddington station which opened last week and can be seen until tomorrow, 4 July.

Airport Express Oslo (Flytog) will celebrate its own milestone next month. Gardermoen Airport is smaller – 19m terminating passengers a year against  48m – but it is significantly farther from the city it serves (48km vs 24km). Both services began in 1998, Heathrow Express in June and Flytog in October. Both run up-market trains appealing to the business traveller.

Flytog normally runs every 10min with alternate trains running non-stop to Oslo Sentral and continuing to the western suburbs such as Asker and Drammen, popular with frequent flyers and aircrew because the former airport, Fornebu, was on this side of the city.

It is the world’s fastest airport express – average speed 152km/h – because when the site for the replacement airport was decided, a key requirement was the journey time from parliament should stay the same although the distance increased. 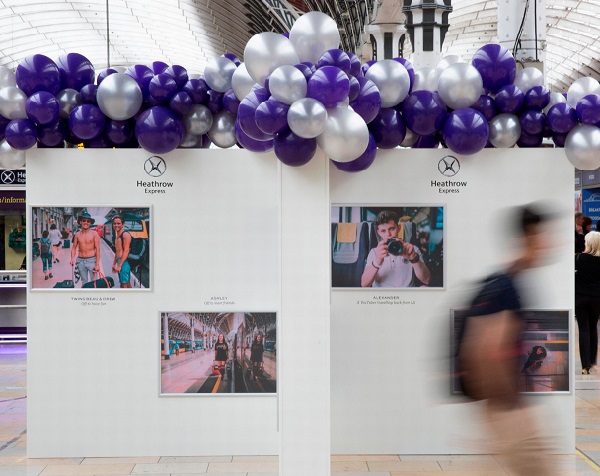