Dublin Airport has welcomed Qatar Airways’ new service between the Irish capital and Doha against a background of continuing tension after Saudi Arabia, the UAE, Bahrain and Egypt imposed a blockade on the carrier over alleged terrorism links.

The airline followed the launch of the new route by moving to reassure passengers, saying its operations to and from the Doha hub were “running smoothly”, with the vast majority of flights operating as scheduled.

The situation could make for headlines from this year’s Paris Air Show, which begins today, 19 June, with the heads of all the airlines involved due to attend, though no formal meetings between them are reported to have been arranged.

In its statement last week, Qatar Airways said it had flown some 1,200 flights between Doha and its network of more than 150 worldwide destinations in the week since the crisis began. Some 90% departed within 15min of scheduled departure time.

Group chief executive Akbar Al Baker said: “This blockade is unprecedented … we call upon the International Civil Aviation Organisation to declare this an illegal act.

“We are not a political body, we are an airline, and this blockade has stripped us of the rights which are guaranteed to us.” 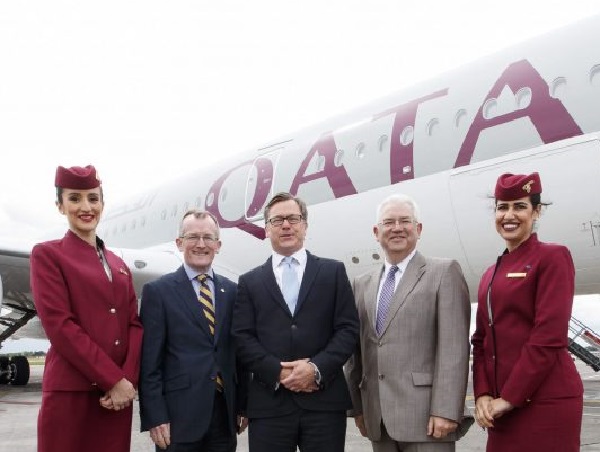