The UK's aviation connectivity is under pressure from European airports, according to trade association ACI Europe. 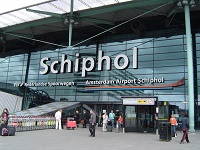 While the UK as a whole retains top spot for connectivity in Europe countries like Spain and Germany are hot on its heels, it says.

In a new report, ACI says this is particularly true in terms of direct connectivity. This is based on a composite measure of number of destinations, frequency of services and quality of connections,

The report says the situation has arisen because UK airports are seeing their European competitors grow their direct connectivity more rapidly. Germany has better connectivity to China, Brazil, South Korea and Japan than the UK has.

ACI’s fourth Airport Industry Connectivity Report says the increase in airport competition and its underlying causes also come with changing connectivity patterns – the study reveals that for the second year in a row, direct connectivity is growing at a faster rate than indirect and hub connectivity.

It says Schiphol has become the number 1 airport in Europe in terms of direct connectivity, overtaking Heathrow. Moscow Sheremetyevo, Palma de Mallorca and Dublin have all joined the top 20 European league for direct connectivity since 2007.