As the debate over the future shape and ownership of Alitalia continues, the airline says it is continuing to expand its long-haul network and will re-start daily flights between Rome and New Delhi in October after a nine-year break. 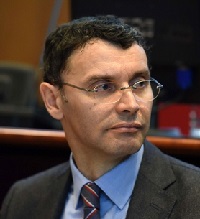 A company statement said: "The decision to launch this new service was taken to meet the increasing demand for flights between the two countries." The service will resume on 29 October and run until 24 March,.

The airline said the second largest number of European visitors to India after Britain come from Italy, with more than 426,000 people from Italy visiting the sub-continent in 2015.

New Delhi is Alitalia's second new intercontinental destination of 2017, following Male, which starts on 31 October, and the extension of direct flights between Rome Los Angeles three times a week for the upcoming winter season. Rome – Los Angeles previously operated only between April and October.

Alitalia, which went into administration and was put up for sale last month, says investment in more long-haul routes is part of a turnaround strategy announced in March.

Bust yet still expanding! How do they do it? Does Alitalia have a secret money tree? Is it illegal state aid? Dare we mention m*f*a?