Twin developments in a $200m investment by American Airlines in amenities for premium passengers were unveiled last week when the company opened its renovated Flagship Lounge and new Flagship First Dining at New York JFK.

The next phase in the programme will extend the idea, with new or renovated Flagship Lounges planned for Heathrow, Chicago O’Hare, Dallas Fort Worth, Los Angeles, Miami and Philadelphia airports.

American began the programme last year and with the JFK opening is expanding access for the lounges to include Business Class passengers travelling on qualifying flights as well as First Class customers who previously had access.

Features of the renovated JFK facility include quiet rooms, individual work pods and showers. There is also a range of food options including a hot and cold food buffet, an à la carte dining menu and a chef’s table with made-to-order entrées.

With Flagship First Dining, open to First Class passengers and located within the Flagship Lounge, American says it has become the first US airline to open a restaurant-style facility on the ground.

Customers at airports with the service will be offered free full-service meals with special menus using ingredients produced by local suppliers. 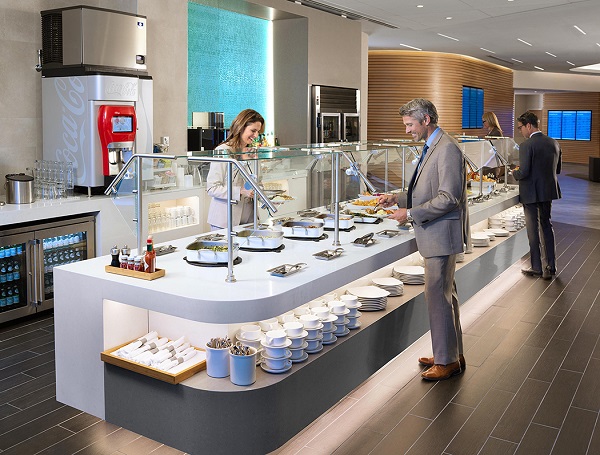