Victory over French authorities in a complicated case involving EU social insurance payments was claimed last week by Ryanair, which said it would now seek a €15m repayment. 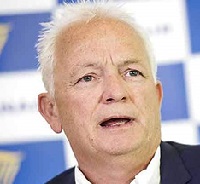 The airline was commenting after the European Court of Justice ruled in the so-called “A Rosa” case that French officials were wrong to charge the airline social insurance contributions for pilots and cabin crew based in Marseille.

The court agreed the social insurance status of an international transport worker must be accepted by all other EU states, a ruling Ryanair said confirmed that the French authorities had acted unlawfully over 10 years.

The dispute arose after the airline complained that its staff, who were temporarily based in Marseille but had already paid social insurance contributions in Ireland, were threatened with being double charged.

Ryanair chief people officer Eddie Wilson said: "This ruling … exposes the unlawful attempt by the French (and to a lesser extent the Italian) authorities to threaten and blackmail Ryanair for the double payment of social insurance.

"Ryanair will now be pursuing a full refund of €15m (plus interest) from the French authorities who have repeatedly and unlawfully pursued Ryanair, its pilots and cabin crew in Marseille, by ignoring EU regulations, and the validly issued Irish A1 certificates.”