Chinese aviation company Deer Jet showed off one of the world's most luxurious business jets, or "bizliners," at Seattle's Museum of Flight on Tuesday following a brief appearance by the aircraft at Stansted as part of a world tour.

The VVIP Boeing B787 Dreamliner will be available for charter for up to 40 passengers and features a 2,400sq ft cabin with a master suite with king-sized bed, full-size shower and walk-in wardrobe.

There is also a luxury lounge and dining area with couches and 55in flat-screen display, as well as 18 full-flat, first-class sleeper seats. The aircraft is capable of flying non-stop for 18hr 30min giving it a range of 16,000km (about 9,800 miles), the equivalent of London to Western Australia.

Deer Jet is the private jet operator for China’s HNA Group In May 2016, and took over the operation of the world’s first BBJ 787 VVIP aircraft last May, operating its maiden flight to Hong Kong in September. The operator has branded the aircraft the 787 Dream Jet.

The Hong Kong-based aircraft is operated on the Guernsey aircraft registry (2-DEER), under the AOC of BAS Guernsey. Charter cost is about £55,000 an hour. 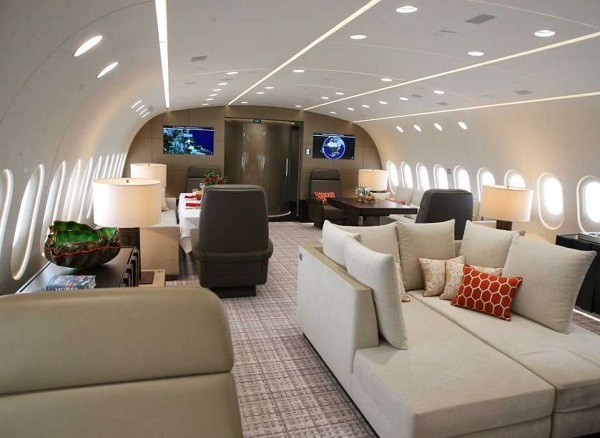