China gears up for aviation summit

Aviation leaders from around the world are lined up to appear at the first major China – EU aviation summit scheduled to take place on 26 June in Beijing. The event is hosted by CAAC News and arranged by the Institute for Aviation and Midas Aviation. 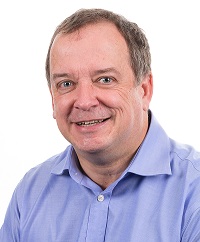 Scheduled keynote speakers for the series of discussions on increased co-operation and partnerships include the presidents of Air China and Hainan Air Lines plus senior management from major European airlines and special guest and AirAsia founder Tony Fernandes.

The keynote opening address will be delivered by Air China chief Song Zhiyong, who will discuss the growth and development of China-Europe aviation market, with Hainan Airlines head Sun Jianfeng also speaking.

Another feature will be a forum to discuss policy and investment moderated by London-based aviation consultant John Grant, who said: “The event has serious Chinese aviation support and major strategic announcements around aviation policy could be announced or indicated during the sessions.”

Alongside the summit will be a special session with the Hainan Air Lines Group on the day after and a potential visit to the new airport in Daxing.