Speculation the US ban on laptops on some aircraft could be extended to the UK and Europe took a new turn yesterday (Sunday) when the British Airline Pilots’ Association (BALPA) said the move could have a dangerous knock-on effect. 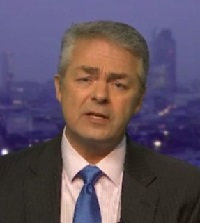 BALPA said it believed the risk arising from storing PEDs in the hold where they may catch fire without being noticed could be greater than the security risk of having them in the cabin.

The US is thought to be proposing extending the ban to flights from all European countries, but the pilots’ association says this clashes with current safety advice, which states devices should ideally be carried in the cabin in case they catch fire.

Extending the ban would mean the handful of flights affected now would increase to hundreds a day, vastly increasing the risk of a fire in the hold, it added.

BALPA flight safety specialist Steve Landells said: “An incident in the cabin would be spotted earlier and enable the crew to react before a fire became uncontainable but a fire in the hold can be catastrophic.

"We don’t doubt the security threats behind the device ban but we urge the authorities to assess the additional risk to ensure we’re not solving one problem by creating a worse one."