The seasonal summer service operated by Icelandair between Reykjavik and Vancouver is being upgraded to a year-round service with connections to and from the seven UK airports the airline also serves. 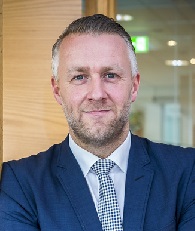 The move means the airline will continue operating to Vancouver throughout the forthcoming winter season, initially on two days a week and then increasing to three days a week next year.

CEO Birkir Holm Gudnason said: “The flight to Vancouver has been favourable and we see opportunities to improve our transatlantic network with all the connections from Europe.”

The expanded Icelandair service is also good news for the expanding Vancouver Airport and will strengthen further the successful partnership between it and the airline which began with the launch of Icelandair’s Vancouver – Reykjavik service in 2014.

Icelandair’s upgraded flight will continue to use the three-class Boeing B757, which offers personal in-flight entertainment systems and “gate-to-gate” wi-fi for all passengers.

Meanwhile, Icelandair and Rolls-Royce have been celebrating the 60th anniversary of the engine maker powering the airline’s fleet, with passengers travelling between Iceland and the UK receiving a commemorative gift on selected flights.

Icelandair has set several records for the RB211-535E4 engines it operates, including one engine achieving 40,531 flying hours and covering 18m miles.