More transatlantic routes between Scandinavia and the US east coast are in the offing from Copenhagen-based Primera Air after the company last week announced an order for eight Boeing B737 MAX 9s. 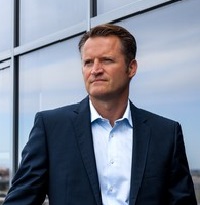 Valued at more than $950m at list prices, the deal also includes purchase rights for four additional 737 MAX 9s and a lease agreement for eight more from Air Lease Corporation.

Icelandic-owned Primera says the aircraft will form “the backbone of its future” as it seeks to begin flights between Europe and North America, using the MAX 9's auxiliary fuel tanks to lower trip costs and maximise range.

President Andri M. Ingolfsson said: "The 737 MAX 9 will allow us to open non-stop, long-haul routes from Europe to the US with unmatched economics with a lower-per-seat cost than current wide-bodies on the Atlantic.

“The capabilities of this aircraft type will change the economics of the industry. This will open up fantastic possibilities for growth for Primera Air in the future."

Primera is an all-Boeing carrier currently operating nine Next-Generation 737-700s and 737-800s with flights to more than 70 airports in Europe. It is part of the Primera Travel Group that operates in Estonia, Finland, Iceland, Norway and Sweden.