Plans by Norwegian to launch operations in Argentina took a major step forward last week after the airline board approved hiring of staff and route expansion. The first new routes are planned to be announced by the end of the year. 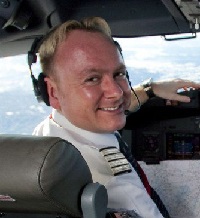 “I am looking forward to realising our plans of establishing new bases, hiring many new colleagues in Argentina and offering low fares to the people. We have been well received by the authorities and look forward to a fruitful relationship.”

The Norwegian Group established an Argentinian subsidiary in January this year and has applied for an Argentinian Air Operator’s Certificate, which is currently pending approval before the Argentinian government.

In a statement, the airline said: In the application, Norwegian outlines plans for a considerable operation, including domestic and international flights. Following today’s board approval, Norwegian will immediately begin to hire administrative staff in Argentina. Recruitment of crew will commence in late summer.”