Irishman Ray Gammell, chief people and performance officer for Etihad, was appointed the airline’s interim CEO on Monday after the company confirmed the current chief executive, James Hogan, would leave on 1 July. 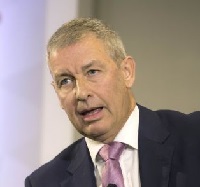 Chief financial officer James Rigney will also leave on 1 July, with group treasurer Ricky Thirion taking over, again on an interim basis. Etihad announced in January that Hogan and Rigney would be stepping down in the second half of the year (BTN 30 January).

Group chairman Mohamed Mubarak Fadhel Al Mazrouei said Gammell, who joined Etihad in 2009, was taking full management responsibility to ensure a coordinated group approach and continue to advance the strategic review initiated by the board in 2016.

This was designed “to reposition the business for continued development in what we anticipate being a prolonged period of challenges for global aviation”, the chairman added. The airline was now in the advanced stages of recruitment for a new group CEO.

Hogan became chief executive in 2006 and piloted Etihad through a period of sustained growth, but recent acquisitions were less successful, with 49%-owned Alitalia entering administration last week and Air Berlin restructuring and downsizing.