Seven months after leaving easyJet, where he was chief operating officer after joining in 2009, Warwick Brady is to become group CEO of Stobart Group, the LSE listed infrastructure and support services company. The familiar trucking business was recently spun off on AIM as Eddie Stobart Logistics Plc, with Stobart Group retaining a small interest. 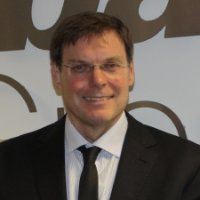 From 2002-2005, Brady was deputy operations director at Ryanair, and deputy CEO of Buzz, following its acquisition by the Irish airline from KLM. He was subsequently CEO at Mandala Airlines (Indonesia) and spent two years as chief operating officer of Air Deccan/Kingfisher. Brady is also a non-executive Director of FirstGroup Plc and held the same position at NATS from 2009-2014.

Stobart Plc includes major rail, engineering, distribution and aviation interests. It owns Southend Airport, where a major announcement concerning its executive jet operations is expected imminently. easyJet is the biggest customer at the airport this year hanfling just under one million passengers.  Their market is East London and South Essex, very accessible to the airport.

Also next summer, Stobart expects to introduce scheduled routes from Carlisle Lake District Airport, again owned, and which recently won a £5m development grant. Dublin services are a priority, operating ‘green’ for Aer Lingus, and ‘purple’ as Flybe. Much of Stobart Air’s fleet of 17 ATR aircraft feed into the very successful hub for North American connections.