Air New Zealand chief executive Christopher Luxon says United Airlines ''shouldn't waste a good crisis'' after a passenger was dragged from an overbooked aircraft but use the situation as an opportunity to turn around its culture. 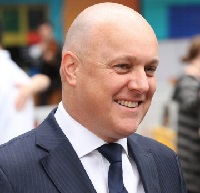 He told the New Zealand Herald: ''When you see big failures in customer service like that, it is really linked to the failure of a development of a culture over 20 or 30 years." United now had a very clear platform to use as a catalyst for change.

Air New Zealand has just been named its country's most attractive employer in a survey by recruitment and human resources specialist Randstad after recovering from what Luxon called near-collapse in 2001 by building up a strong culture.

Luxon said staff at his airline, a Star Alliance partner with United, had “some basic rules” for dealing with trouble on board aircraft, but trusted its people to do the right thing.

“What we've said to them is exercise your best judgment and we trust you and know you'll make the right decision and they do,'' he said.

''We want to empower people; we've said treat our customers as you would a friend or a family member. We're backing people up with principles instead of rules."