Two special aircraft, a Douglas DC-3 and its modern equivalent, an Airbus A319, took centre stage last Wednesday as Bristol Airport celebrated 60 years of flying from its current site in North Somerset.

Almost six decades to the day since the Duchess of Kent officially opened the airport in May 1957, a DC-3, a mainstay of commercial airline fleets in the 1950s, returned to Bristol for the first time since making its final passenger flights nine years ago.

The historic aircraft lined up next to the A319 which easyJet has named Spirit of Bristol to mark the anniversary as airport CEO Robert Sinclair outlined plans for further developments later this year.

“We are incredibly proud of our past and what we have achieved but also excited about our future and mindful of the important responsibility we have to connect the South West and South Wales to the world,” he said.

“We will shortly be updating our Master Plan and the views of customers, staff and other stakeholders will be essential in shaping the airport’s future, so we will also be consulting widely.” 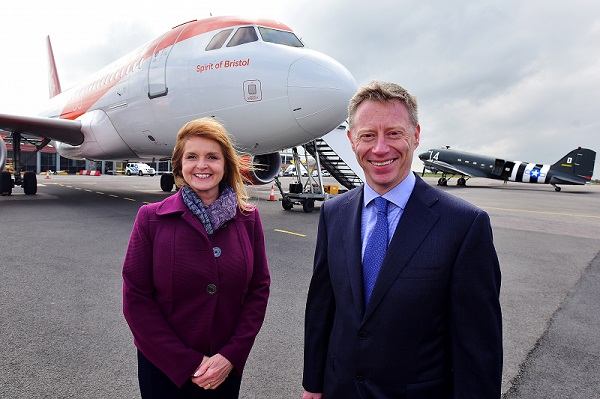