Fifteen routes across Europe where using the train is faster and more environmentally friendly than flying have been revealed by travel platform GoEuro in response to the arrival at the weekend of Earth Day 2017. 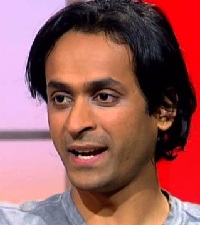 GoEuro CEO Naren Shaam said: “We have been conditioned to think a 1hr flight is literally just that; we forget the journey also includes the time to get to the airport and the two hours advised to clear security checks.

“The GoEuro platform lets travellers compare total travel times between rail, bus and air as well as price, and make the most informed decision on their travel needs.”

The GoEuro survey showed using the train on Europe’s most environmentally friendly route, Marseille – Lyon, saved passengers 1hr 27min in travel time, and used only just over 2% of the CO2 emissions of an aircraft full of people.

Within the UK, London – Manchester was shown to be the most time efficient and environmentally-friendly route surveyed, with travellers able to save 1hr 21min on their journey times as well as a total of 109.6kg in carbon dioxide emissions.

Flying London to Manchester? Could it just be that people prefer flying, even if it takes a little longer door to door, because the West Coast mainline rail services are very expensive and usually very overcrowded?

And many have been conditioned into thinking that the 'plane is more expensive; it is often cheaper. Re emissions on Lyon- Marseille route; most of the electricity comes from neulear, hence the low CO2