The dual carriageway runway underpass into the terminal area has partially opened at Luton Airport just in time for the Easter rush. From the right turn into the Mid-Term car park (free for 15min drop-off) just before the bridge vehicles are into a chargeable area (£3) unless visiting, by previous arrangement, the airport management or easyJet.

Figures published last week show that a record 15m passengers passed through the airport in the last 12 months. The March numbers of 1.2m confirm a 15.7% increase over the same month last year.

Luton is dominated by easyJet, the FTSE 100 carrier that first flew from the airport in 1995. Wizz, also LSE-listed and Luton's second-biggest carrier, is expanding rapidly at Luton, from where it will fly to 42 destinations this summer.

The airport is midway through a £110m expansion that will increase capacity to 18m passengers by 2020. 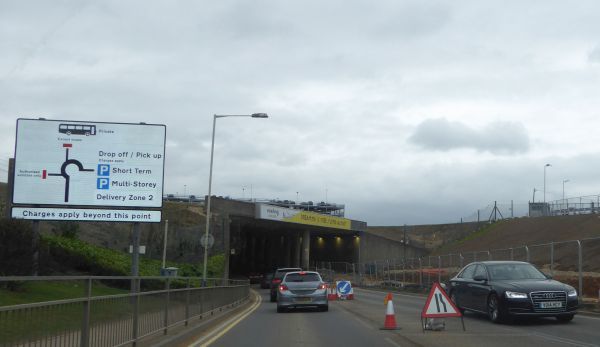