Three destinations in one day joined the Emirates A380 portfolio last week with flights from Dubai to Tokyo-Narita, Casablanca and São Paulo. The airline also became the first to operate scheduled A380 services into Latin America and North Africa. 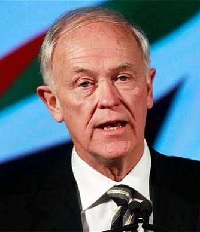 The service to São Paulo marked the airline’s 10th year of operations in Brazil, which began with daily flights between Dubai and São Paulo in October 2007. Emirates now flies the A380 to 49 destinations on six continents.

On all three routes, the A380 replaces an existing B777 service. The three-class double-deck flagship can carry up to 515 passengers per flight in First, Business and Economy classes with free baggage allowance of up to 35kg in Economy, 40kg in Business and 50kg in First.

Emirates is the largest operator of A380s, with 94 currently in its fleet and a further 48 on order. The airline has carried more than 65m passengers on the superjumbo since 2008.

Features include private suites and the industry’s only onboard shower spa in First Class, an onboard lounge for First and Business Class passengers and inflight entertainment in all classes with more than 2,500 channels and wi-fi.