As a dedicated journalist covering international air transport’s fast-moving stage of evolution during the latter part of the past century, Harvey Elliott, who has died after a long illness, was widely respected across the industry. 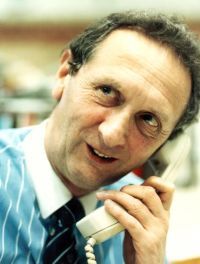 He was one of the last of the dedicated air correspondents employed in the UK national press, first with the  Daily Mail  and then, from 1987-97 with  The Times. Elliott was admired for his objective, unbiased reporting and keen understanding of an industry in which, for a while, he had worked. Between his periods with the  Mail  and  Times, he spent two years with the former British Caledonian Airways.

Elliott’s professional journalism was combined with a genial personality, which made him many long-standing friends across the aviation, travel and tourism industries. His special talent for relating entertaining anecdotes on many a social occasion will be fondly remembered.

After leaving  The Times  in 1997, he continued working as a freelance journalist and public relations consultant in aviation, travel and tourism.

In recent years, he and his wife, Valerie, spent their retirement in Derbyshire close to their family.

Harvey Elliott, born in Nottinghamshire on 16 April 1942, died on 9 March 2017. He is survived by Valerie and his children, Richard, Emma and Tom.

Harvey was a trooper. They don't build them like that any more.