Maxing out on the MAX 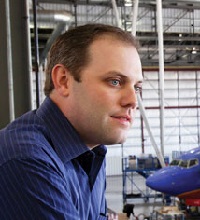 The aircraft will start service in the first week of introduction to more than 20 cities on the Southwest US network. A 10th 737 MAX8 will begin flying the week after that, allowing the airline to add lengthier flights to its schedule.

In another development, Southwest has begun improving connectivity on flights across the US and near international destinations with new agreements with Panasonic Avionics and Global Eagle Entertainment.

The deal with Panasonic provides for the company’s Global Communications Services, which include wi-fi and live television, to be offered on part of the Southwest fleet, with the first equipped aircraft set to enter service later this year.

Marketing vice-president Ryan Green said Dallas-based Southwest, which carries more than 100m passengers a year, is planning to operate a totally wi-fi equipped fleet of more than 700 aircraft by the end of 2017.