Strong growth is continuing at Delta Air Lines with a new daily nonstop between New York JFK and Rio de Janeiro from 21 December and three new daily flights between Chicago and Seattle from next June. 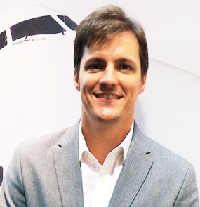 With the Brazilian flights, Delta is capitalising on its strategic alliance with GOL Linhas Aereas Inteligentes, which it says will extend the reach of the service to 23 destinations within Brazil.

Director-Brazil Luciano Macagno said: “Our continued route expansions, including this daily direct flight between our second-largest international hub at JFK and Rio, demonstrate our commitment to the Brazilian market and the strength of our alliance.”

The route will be operated by 210-seat Boeing B767-300s with 35 Delta One flat-bed seats with direct aisle access, 32 Delta Comfort+ seats and 143 main cabin seats.

The new flights between Seattle and Chicago using the Airbus A319 mean Delta will serve all ten of the largest markets from Seattle as it moves into a fifth consecutive year growth at the Pacific Northwest hub.

Delta celebrated another Seattle milestone at the weekend when its joint venture partner Virgin Atlantic began Boeing B787 Dreamliner service between the city and Heathrow, replacing the flight previously operated by Delta and adding 50 seats plus Premium Economy class.