A growing presence in the UK market with new Dreamliners potentially operating into Manchester was announced last week by Hainan Airlines with an increase in frequency at the northern hub from four to five flights a week. 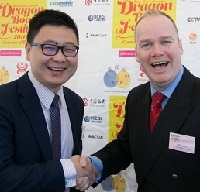 The airline said the change would take effect from 1 June with the B787 scheduled on the direct route to Beijing depending on aircraft availability.

Hainan’s UK general manager, Loic Gao, said: “This added frequency shows Hainan Airlines commitment to the UK market and it responds to the increased demand for this route from Manchester Airport.

“This has been a successful route for Hainan Airlines since its inaugural flight on 10 June 2016, and as we approach our first year anniversary, an increased frequency is a wonderful way of celebrating such success.”

Manchester Airport commercial director Stephen Turner said: “In less than a year of operation, the route has proved incredibly popular with business passengers as well as the leisure market.

“Hainan’s 5-star service offers passengers a luxury product all the way to Beijing and beyond and we look forward to continuing to work closely with the airline.”

The service is the only direct flight into mainland China from outside London, and gives passengers easy access to connections further into China as well as other international destinations.