International Women’s Day last week took on special significance for Air India after the carrier claimed a record for completing a round the world flight with an all-female crew.

The flight, operated by a Boeing B777-200LR, departed from Delhi on 27 February for San Francisco, flying across the Pacific, with the return crossing the Atlantic. Air India said it had now applied to Guinness World Records to recognise the feat.

Air India is the first Indian carrier to operate on the Pacific route, which it says has reduced flying time by up to 3hr.

Cockpit and cabin crew, check-in and ground handling staff and engineers who certified the aircraft were all women, the carrier said, along with the air traffic controllers who cleared the departure and arrival of the record flight.

Aer Lingus was another carrier to mark International Women’s Day, this time by operating a flight from Dublin to London with an all-female team, headed by captain Louise Gilroy and first officer Amy Cunningham.

They were joined by an all-female cabin crew, with operational roles including turnaround co-ordinator, flight operations officer, Dublin Airport duty manager and guest service agents all carried out by women. 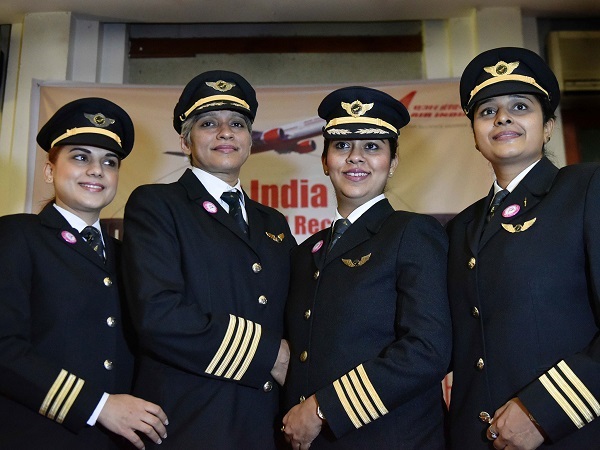