Pilots have marked the third anniversary last Wednesday of the disappearance of Malaysia Airlines’ Flight MH370 by renewing their call for improved tracking on all aircraft. 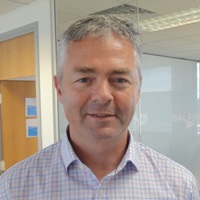 The British Airlines Pilots’ Association (BALPA) said while speculation had been rife, no concrete evidence had ever been able to shed a light on what happened, which was “something that should not be possible in modern day aviation”.

BALPA noted that Flight MH370 had highlighted the problems with black boxes, namely their limited data storage and finite battery life, and the signal distance of the ULBs attached to them.

The association praised the International Civil Aviation Organisation (ICAO) for its announcement that as of 2021, aircraft must have technology installed to transmit their position more regularly and more frequently when they are in distress.

However, retro-fitting of older aircraft should also be considered, according to BALPA. Flight  safety specialist Steve Landells said: “The announcement from ICAO is welcome but if these systems are fitted only on new aircraft it will be years before most planes have them.

“There should be a mandatory system in place that will allow the exact location of any aircraft experiencing an emergency to be known.”