More details on the progress of the latest Embraer aircraft, the E195-E2, were announced by the Brazilian manufacturer last week at a ceremony at its headquarters in São José dos Campos. 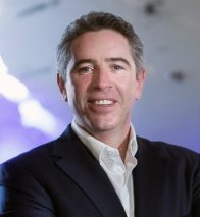 The aircraft is the largest of the second generation of the E2-Jets family. With the first flight scheduled this summer, it is expected to enter service in the first half of 2019. Lead customer is the Scandinavian regional carrier Widerøe (BTN 20 February).

“The E195-E2 has the potential to significantly change the fleet profile of airlines around the world,” Embraer Commercial Aviation president John Slattery said at last week’s gathering.

“With a 20% lower cost per trip and a cost per seat similar to larger aircraft, it becomes the ideal aircraft for regional business growth as well as low-cost business plans and complementing existing mainline fleets.”

The E195-E2 has three additional rows of seats compared to the current generation E195, and it can be configured for 120 passengers in two classes of service, or up to 146 in a single class.

The aircraft also has a significant increase in range to 2,450 nautical miles and a dedicated wing, with the highest aspect ratio among single-aisle jets, increasing fuel efficiency.