US president Donald Trump and thousands of Boeing staff lined up at the aircraft manufacturer’s plant in South Carolina on Friday as the B787-10, the third member of the 787 Dreamliner family, made its public debut.

Singapore Airlines is launch customer for the aircraft, which is now being prepared for its first flight next month. The Dash-10 is 18ft (5.5m) longer than the Dash-9 and is claimed to offer up to 10% better fuel use and emissions than its competition.

Boeing Commercial Airplanes president and CEO Kevin McAllister described the new Dreamliner as the most efficient in its class. “We know our customers are going to love what the 787-10 will do for their fleets, and we can’t wait to see them fly it.”

The company says it will begin deliveries of the 787-10 to airlines next year. The aircraft has so far won 149 orders from nine customers. Along with SIA, these include Etihad, Eva Air, United Airlines and British Airways. 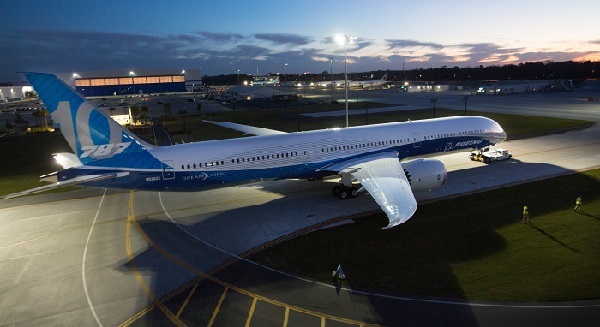